The biggest lesson of my career 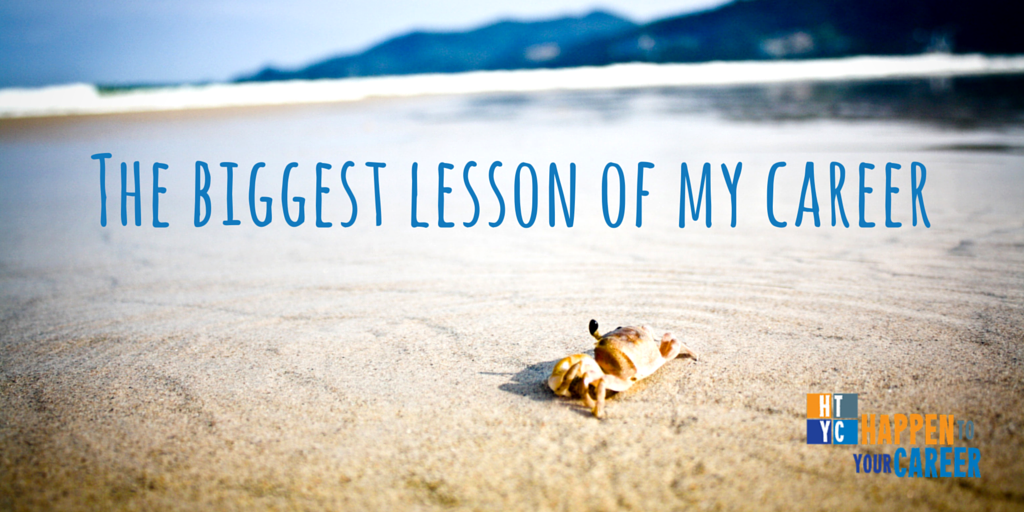 Enroll in our FREE 8-day video course to find the work that fits YOU!

A note from Scott:

Michael Merrill is the founder of The Velocity Labs.  He’s one of the youngest executives for Disney and also helps people get to the job they want- He took the time to write out exactly what he did (and what you shouldn’t do) to get promoted to the job you’re looking for.

Watch for his rendition of a little mermaid song and some seriously valuable advice!

Take it away Michael:

You ever worked your butt off in a role, expecting a certain outcome that never materializes?  You show up during a check in or performance review expecting to be celebrated only to exit with the feeling that you took a punch to the gut?  Maybe this has happened to you for multiple years and you’ve been STUCK IN THE SAME ROLE…

I’ve been there and it sucks.  Part of you feels like you must be living in some weird parallel universe where all your actions are invisible. Or perhaps you keep waiting for your boss to point out a hidden camera and say, “you’ve been punked!”

Instead you sit there, half paying attention to what your boss is saying and half fantasizing about how you really want to respond; unkind words, karate chop, lightening bolt, enter your preference here → _____________.

This is probably the most important lessons I learned and one I often have to remind myself of – People don’t read minds.

Of course, that really isn’t shocking. However, most of us approach our work and relationships with the expectation that the other person always knows what we want. Even though we all know people can’t read minds, we expect them to. Or at minimum, we expect them to read the little hints we drop and expect them to understand exactly what they are meant to do with those hints.

There are many husbands and wives out there who constantly find themselves in trouble (usually you husbands) because they don’t consider what their spouse really wants when they raise a question such as  “does this shirt make me look fat?”  We don’t all communicate the same way.  Our very communication tactics (or lack-thereof) are established as we grow up. Sometimes we adopt the approach our parents had, while sometimes we rebel and claim our own. 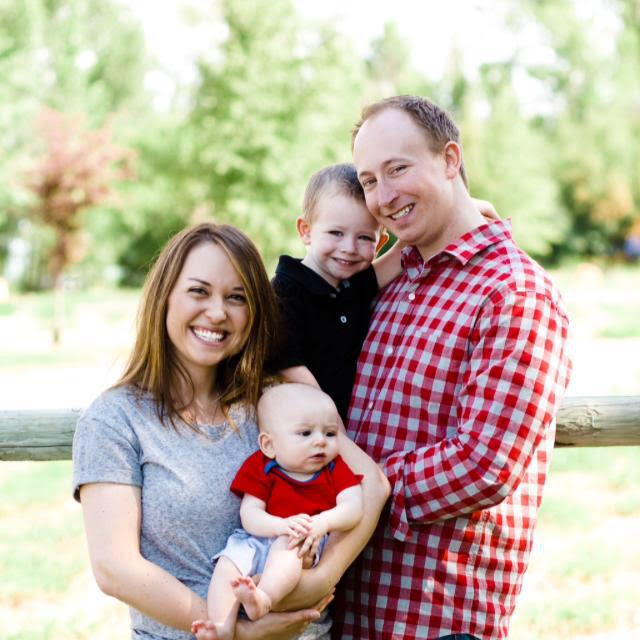 Our approaches and therefore interpretations are not common so I’d like to take the term “common sense” outside and bury it.  It assumes that we all come from common backgrounds. Aside from being human beings (most of us, anyway), we have less in common than we think. It all depends on the individual.   If it isn’t clear, I hate the term common sense – it only guarantees that there will be a misunderstanding since we tend to assume that others think like we do and that they can therefore read our minds.

So, let’s return to some specific examples.  You working long hours in the office might mean you are working hard to earn that next promotion while your boss may assume you are taking advantage of overtime (if it is available) or not using your time wisely. Your boss might also expect you to put in long hours if they operate under those expectations themselves. Don’t assume that because something means x to you, that it will mean x to your boss or your co-workers.

We all operate based on our own belief systems and, therefore, our own perceptions of the world. It’s also important to remember that your boss is not all-seeing and all-knowing.

Asking for It—Or Not

Let me share a story that continues to resonate with me and led to my interest in this topic. When I first started my career I was in a temporary position. I worked there for a year and went above and beyond (in my eyes, anyway) in hopes of earning a permanent position. One example of this was my own initiative to come in close to midnight and work for a few hours to address questions from overseas territories in order to reduce the back-and-forth related to time zones differences. This enabled us to slice days off our tight timeframes. Nobody asked me to do this. It was a solution I developed to meet our deadlines.

During this time period I recommended a friend, who was hired (as a temp) under the same group. Within a few months he was moved into a permanent position while I was overlooked. What the heck?!

A co-worker told me about a permanent position at a different company.  Frustrated, I applied, and was hired. YAY!

But here is the valuable lesson I learned— I had an exit interview with the head of the department. During this conversation I shared that I had really wanted to join the team, but was seeking something permanent. His answer—“I didn’t know you wanted a permanent gig.”  Wait! What?!  I worked hard and went “above and beyond.”  It was obvious, but not to him.  Not until I told him. We can’t assume someone else knows our aspirations and intentions. In fact, here are three things that might have sent him a different message.

This lesson is one of the best I’ve learned. In fact, I later returned to this company and worked for that particular boss to great success, with significant career advancement and financial gain. As one of my career sponsors, we both benefited greatly from our relationship.

So, does your boss know what your aspirations are? If not, set aside some time for the conversation.  This is the greatest accelerator to your career velocity.  Alignment around where you want to go and clarity on if you will be able to get there together!

We assume we don’t have to (that blasted common sense trap again).  We think to ourselves, “Who in their right mind would think that I just want to sit in this position my entire life?”  The problem is that most people are too busy thinking about themselves and their own priorities that they haven’t taken on the bandwidth to consider your own desires and needs.  Although we frequently put blame on the party who didn’t see this, the only way you actually move toward a resolution is to go in with this awareness and make it known.

If you have a crush on someone, then tell him or her.  Better to have tried than to live in regret.   Instead, we all want the kiss without having to put in the effort – fear takes over.  Easier said than done. Trust me I know.  I once had an elaborate plan to ask a girl if I could kiss her at the drive-in.  I had planned to save myself from shame by having a small happy meal toy that I’d claim I was actually talking to, in the case she said no.  Huh? Don’t worry, I never went through with it.

Okay, back on target here.  What do you have to lose?  Is your boss going to mock you, laugh at you, and think that there is something wrong with you because you are ambitious and want to give more?  I mean, seriously?  Any fear we can attach to this is high unlikely to come true.  Let’s pretend for a moment that it does.  Congratulations, you now know where you stand with your boss and that you work for somebody who isn’t likely to support you in your climb.  Better to know that sooner vs. later, right?  I’m not saying it is easy.  Very few things with a great reward are.

Consider The Pros And Cons

While you create those, know that after four years in the same position you begin to be seen as unambitious or “good enough” in the workplace and this could negatively impact your continued advancement.   Beyond this, there is the financial gain you’ll be giving up. The long-term value of adding $10,000 to your annual earnings is equal to $1.4 million at a 7% return on investment (assuming 35 years). At a 10% return you’d find yourself with an extra $2.7 million.  Ridiculous, huh? Sure, this assumes you invest that amount, but it is meant to illustrate the value of increasing your annual earnings by 10 grand! Even if you don’t invest, it adds up to $350,000 over 35 years.

“There you see your boss

Sitting there across the way

She don’t got a lot to say

And you know why

But you’re hesitant or shy

You need to tell her

Look at your boss, you know you do

Possible she thinks you deserve it too

There is one way to ask her

It takes just a few words

Go on and ask her

Sing with me now

Ain’t it a shame?

Too bad, your gonna miss the chance

Floating in your own lagoon

Boy, you better do it soon

No time will be better

She don’t know your goal

And she won’t know your goal

Until you tell her

Rift on Howard Ashman and Alan Menken’s brilliant song with less brilliance but a good dash of fun!

Keep in mind that in the movie there were pesky eels that got in the way.  Call it a metaphor for what you might face and push past it.  If Ariel can do it, so can you.  Attach enough pain to the outcome of not having the conversation and you’ll propel yourself forward.  Focus on the potential of the positive outcome, and remember that any feedback you receive is also positive as it can move you toward your goal.  Need another boost of confidence, Amy Cuddy recommends the starfish or wonder woman pose.  Superman works great for me!

The Power Of Putting It Out There

When you make your intentions clear you are more likely to deliver.  Your brand depends on it and you increase the likelihood of follow through.  This scares some people out of the conversation, as they may not want to put in the work.  You have to decide what you really want and if you are willing to put in the effort to achieve it.

Putting your head down and getting to work may have worked for past generations, but it isn’t a plan for today’s competitive environment.  Well, it’s a plan, just not a plan for success.  It is a plan of invisibility.   You need to make your plans clear and get to work.  Your plan might be finding a new job, or perhaps starting your own side business ← two things Scott has helped hundreds of people do.  No matter what it is, your plan should be to Make Your Intentions Clear and Get to Work!

Schedule time with your boss and let him or her know that you are interested in career advancement and would love their guidance on the next steps.

I can tell you from experience that this will greatly accelerate your career velocity and ability to accomplish any goal.  Your alternative is to rely on mind reading and hopefully by this point you don’t have to read my mind to know how I feel about that.

If you are interested in other strategies to help you achieve more in your career check out my FREE 40 page Ultimate Guide to Get Promoted, Make More Money, and Get the Respect YOU Deserve. 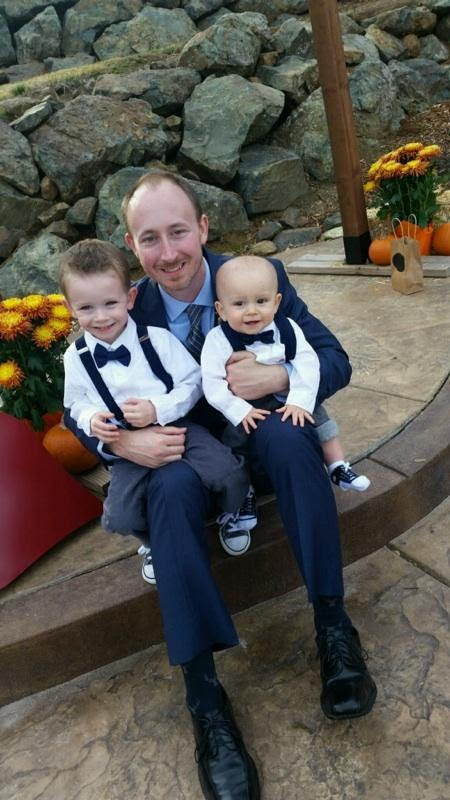 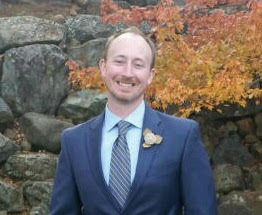 Michael Merrill is the founder of The Velocity Labs.  If you are interested in other strategies to help you achieve more in your career check out my FREE 40 page Ultimate Guide to Get Promoted, Make More Money, and Get the Respect YOU Deserve