034 Dave Ramsey and Your Career vs Your Finances

Scott’s Story of how debt was stopping EVERYTHING

In 2008 one of the biggest things that was holding me back in my career was my finances!

Alyssa and I had all of the normal debts like car loans, student loans, a couple of credit cards but we also purchased a house with very little down in 2006 just before the real estate bubble came crashing down. We had no idea After drained our savings and borrowed money to sell a house that was underwater by over $70,000, we were left with a whopping $133,000+ in debt. This was crushing long before the house was gone, we just didn’t fully understand how much and in what ways until years later!

It was only after we paid of all that debt that we realized; You get to make different decisions about your career, your family, and really your whole life. When there’s no debt over your head you get freedom to behave in a different way. You get to make more decisions with what you WANT in mind, instead of what you ARE OBLIGATED TO DO!

For our full story of why we were being held hostage by our finances and our reasons for changing, listen to Mark interviewing me about it on episode 034 of the HTYC Podcast

You will also get to hear Dave Ramsey on our show…Well… kind of…You’ll See!!!

What we did about it (and what you can do)

We knew we were going down the wrong path for a while before we actually figured out what to do about it.

The very first thing that set us down the road was getting angry.

That sounds odd I know, but it was important. Not angry and bitter, but instead angry enough to want to make a change. Then came the decision.

Alyssa and I decided together that we needed to make a change. We mentally and verbally committed and made a decision

Once you make a decision, the universe conspires to make it happen! – Ralph Waldo Emerson

After we made that decision we really didn’t know how we were going to do it. We only knew that we needed to and wanted to. We started by trying to change our environment and started planning to move to be closer to friends and family we thought might bring a different influence in our lives.

It was less than six weeks later that I found a copy of the Total Money Makeover by Dave Ramsey that I had downloaded on iTunes with some leftover gift cards and then forgotten about. I had long car trip ahead of me and wanted to be able to listen to something for a few hours. On my way I turned it on not expecting very much…. and then.

It was the most intense car trip I have ever had driving alone for 4 hours.

I was white knuckling the wheel! Not because it was raining or snowing. Not because I was driving particularly fast.

But instead because with every minute that passed I could see a path out of the darkness.

It laid out an entire plan, in a way that i felt I could do, to getting freedom from the stresses we had, from the money fights we were having and from Alyssa and I growing together instead of apart in our marriage. I felt like I would be able to help my kids pay for college and actually be able to get ahead for once in my life instead of living paycheck to paycheck.

More than that, I knew that if I could get on a plan for my finances, I could focus on the things I really wanted to do in my career and our life.

The “Barlow Version” of Dave’s Plan

We started out by taking Dave’s advice and trying to get ourselves on a monthly plan! This began by us attempting to budget all our money on a legal pad.

It was terrible and we were terrible at it! We got pretty frustrated when we saw how much money was going out and we weren’t quite sure what to take away to make the budget balance.

It took several months to really make progress and it was truly only that fact that we were so fed up with the way we were living our life for the past several years that really kept us going.

We decided we wanted to take out as much of the frustration as possible and remove the barriers that were making it really difficult for us and causing us to not want to budget each month. We figured that if we eliminated some of the pain we would have better success and be more likely to do it.

Out of that we created an excel version of our budget. One that auto calculated and did all the math and we didn’t have to do anything except decide where to spend money and where not to spend it.

This got tweaked and improved over a period of time and later versions even told us when something wasn’t adding up correctly.

If you want to see the ACTUAL SPREADSHEETS we used (including where we were spending our money and even the notes we added along the way) you can download our free budgeting tool by entering your first name and email. Don’t worry we won’t share your address but we will promise to send you useful stuff like this post. 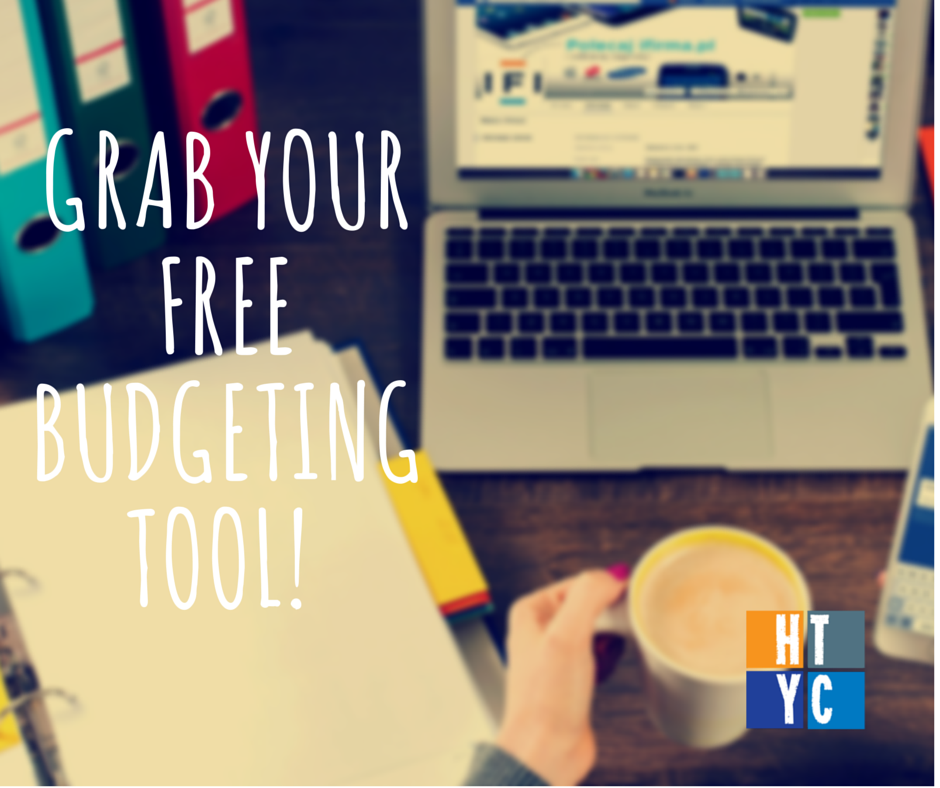 Get Your Free Budgeting Tool!

Hopefully we can save you some time and effort by giving you some of the tools we had spent months creating AND you can see in the numbers where we struggled.

How to meet Dave Ramsey in person

So… if you happen to be in Nashville you can actually just stop by Dave’s Headquarters during the times where he is on air and if you wait long enough you might get to say hi!

But there is another way besides becoming a country music star, a governor, or someone else that Dave might want to have his picture with!

If you purchase that Total Money Makeover book and Actually Start to take control of your career and your finances you can be invited on his radio show out of Nashville.

For Alyssa and I, this was how we decided we were going to celebrate. We fumbled through and made enough mistakes to bring you to either laughter or tears (we are still not sure which) but we decided we wanted to make the trip and go on the show.

Listen for this in episode 34 at Itunes or Stitcher OR Listen on the player near the top of the page.

If you enjoyed this article please share it with a friend who’s finances may be stopping their career AND Leave us a comment below!